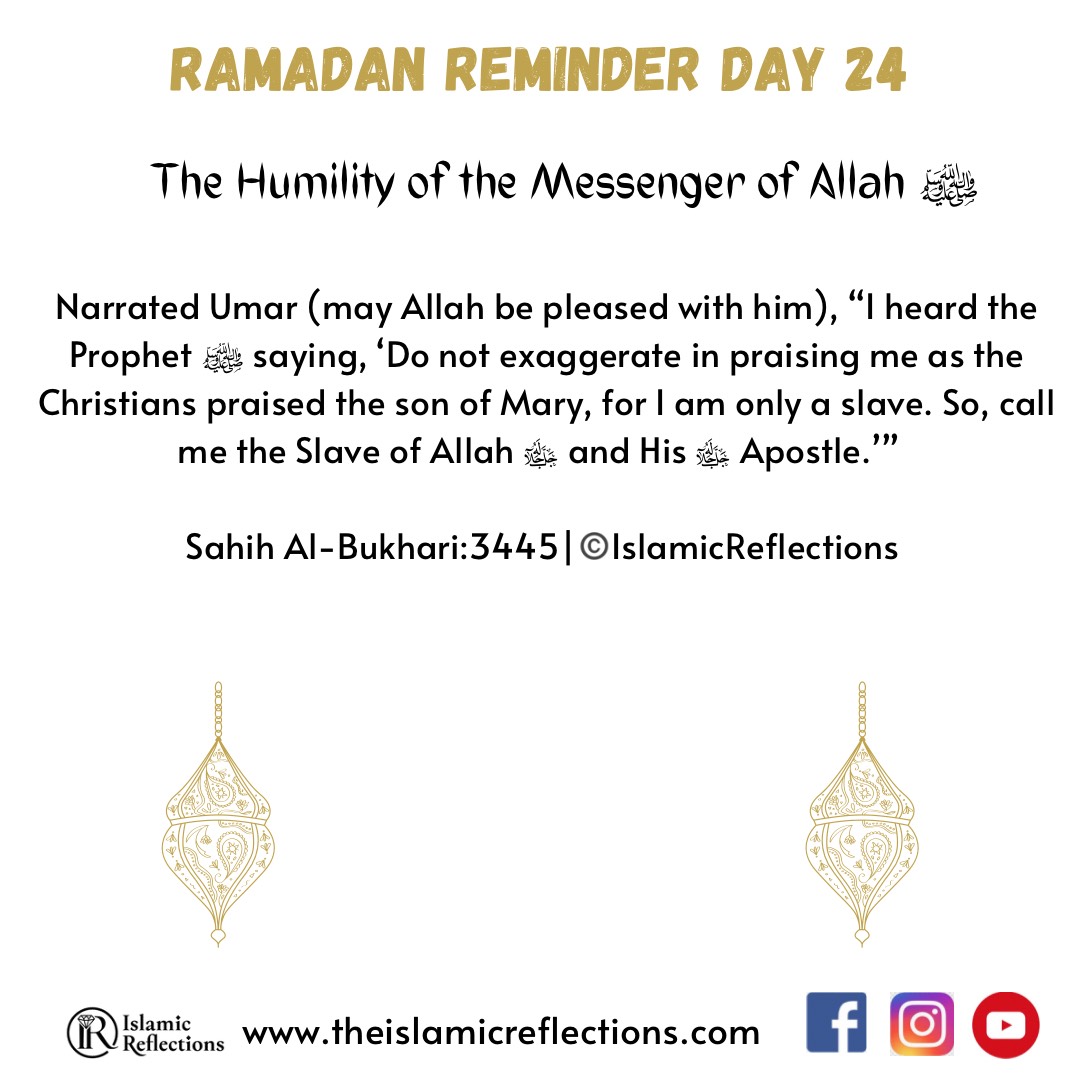 DAY 24: THE HUMILITY OF THE MESSENGER OF ALLAH ﷺ

The Prophet ﷺ can be described as the epitome of humility and simplicity.

Despite leading the masses, he ﷺ never misused his power or took advantage of his position. He ﷺ did not seek personal gain from the message he conveyed, but lived by the principles he advocated. He ﷺ did not distinguish himself from others. He ﷺ did not like people standing up from their seats when they saw him.

The Messenger of Allah ﷺ led a very simple life. He ﷺ lived in a simple house made of bricks and clay. He ﷺ helped his wives with household chores. He would serve his family, and when the time for prayer came, he would go out and pray. There were many nights when there was no supper at home, and it was mostly barley that the household of the Prophet ﷺ ate.

There is a lesson of humility in every aspect of our Prophet’s ﷺ life, and we must try our best to mirror it. May Allah ﷻ forgive us our shortcomings and enable us to live with humility like our Prophet ﷺ.