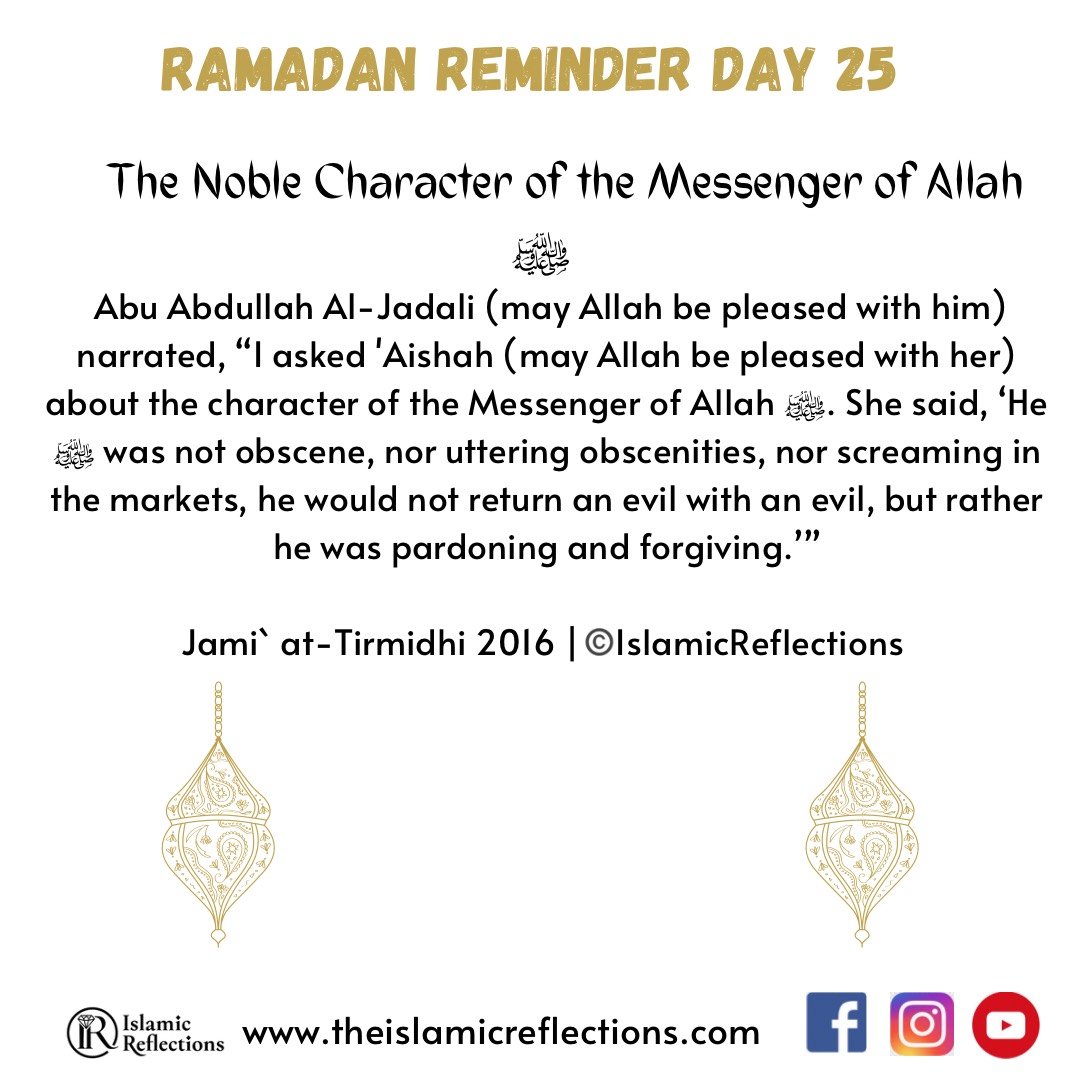 DAY 25: THE NOBLE CHARACTER OF THE MESSENGER OF ALLAH ﷺ

Allah’s Messenger ﷺ was gentle, compassionate and kind. He ﷺ overlooked others’ faults and was always inclined to be courteous and benevolent. His ﷺ speech was never rude, abusive or offensive, and he always spoke politely and with respect. He ﷺ didn’t wish ill for anyone.

Despite being persecuted, the Prophet ﷺ treated his enemies graciously, and he consistently portrayed nobility and honour in the face of insult. One such incident was when the Prophet ﷺ invited the people of Ta’if to Islam and they stoned him, disgraced him and humiliated him. But what was his ﷺ response when Jibril (peace be upon him) sought his permission to crush the city? He ﷺ forgave them and said, “I rather hope that Allah ﷻ will produce from their descendants such persons as will worship Allah, the One, and will not ascribe partners to Him.”

Subhanallah! Because of his forgiving nature, mercy and compassion, the city of Ta’if is now inhabited by Muslims.