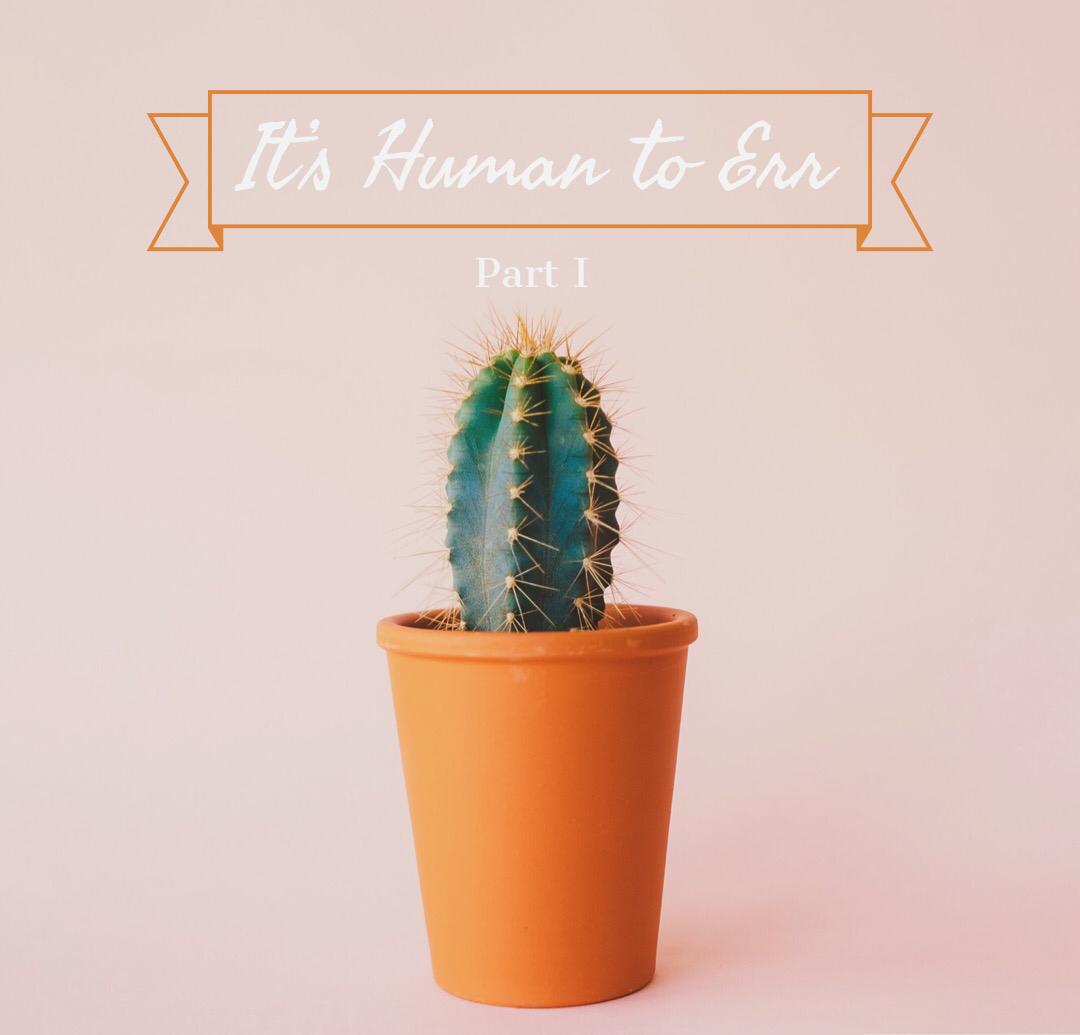 Humans are incredible beings on this earth. They have been mentioned in the Holy Quran as being signs of the Existence of Allah, The Most High.
Allah has created humans in the best shape as supported by the following Ayah:

“Certainly We created man in the best make.” (Surah At-Tin, Verse 4)
(English – Shakir)
Nevertheless, perfection is only and only for Allah Subhaana wa Taa’la. The same created beings have mistakes that they commit knowingly and unknowingly; deliberately or accidentally.
Let’s shed some light on this.
Here’s some scientific research done regarding a human brain by Michael Reilly:
According to a new study, the brain only chooses to remember memories it thinks are most relevant, and actively suppresses those that are similar but less used, helping to lessen the cognitive load and prevent confusion.
Thus in a nutshell: Be thankful you don’t remember everything. It means your brain is working properly.
The brain was designed to be forgetful.

This statement is backed up by the following:

A human is called Insan due to man’s frequent forgetfulness (Insan came from the Arabic word Nasy which means “to forget”).
Having the knowledge that we are designed to forget takes us to the next step and that is:
Either doing an improper action deliberately with no signs that it was due to forgetfulness, or doing an improper action accidentally with signs that it was due to forgetfulness.
Let’s give an example:
A person was using vulgar language on his brother deliberately. He gets a warning afterwards to stop doing that as it is inappropriate and Prophet Muhammad ﷺ warned us against abuse of our tongue, and that he ﷺ had even demonstrated by holding his tongue out to stress on the importance of controlling one’s words. However, after few weeks, this person used obscene language again, this time too he did it deliberately with no signs of forgetfulness. Again, he received warnings.
Months later, it slipped his mind again and he uses vulgar language, claiming that he “forgot.”
Note that here he did it accidentally because he claimed to have forgotten.
After understanding the fact above let’s talk about these types of actions:

We note that the Messenger ﷺ made a mistake in this worldly matter, because he was like all other human beings, but with regard to matters of religion he did not make mistakes.
Look at how the Niyyah (intention) is playing a role here.
Prophet Muhammad ﷺ said:

“Our deeds are judged according to our Niyyah/intentions.”
(Sahih Bukhari and Muslim)
Making mistakes and falling short are undoubtedly part of human nature and no one will be free of shortcomings in his obedience to Allah, or free of mistakes or forgetfulness or sins. All of us fall short, commit sins, and make mistakes. Sometimes we turn to Allah and sometimes we turn away from Him. Sometimes we remember that Allah is watching and sometimes we become negligent. None of us is free of sin, and we will inevitably make mistakes. We are not infallible.
Hence the Prophet ﷺ said:
“By the One in Whose hand is my soul, if you did not commit sin Allah would do away with you and bring people who would commit sin then pray for forgiveness.” (Muslim, 2749)
And he ﷺ said:
“Every son of Adam sins, and the best of those who sin are those who repent.” (Al-Tirmidhi, 2499; classed as hasan by al-Albaani)
What then are actions that we call “mistakes”?
Stay tuned for more information coming up in Part 2!
Reference:
https://www.newscientist.com/article/dn11983-forgetfulness-is-a-tool-of-the-brain/