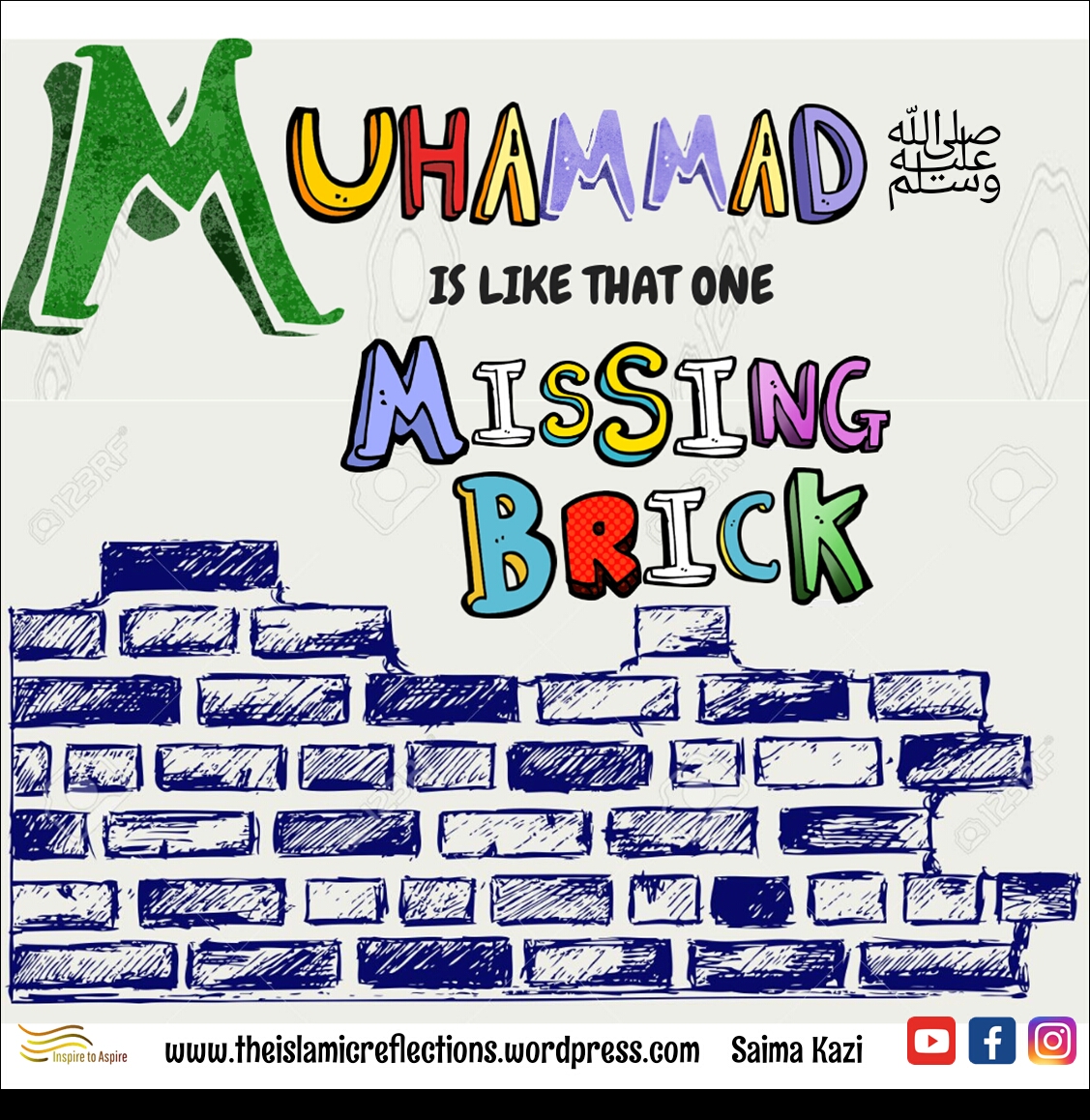 Prophet Muhammad ﷺ affirmed:
“My position in relation to the prophets who came before me can be explained by the following example:
A man erected a building and adorned this edifice with great beauty, but he left an empty niche, in the corner where just one brick was missing. People looked around the building and marveled at its beauty, but wondered why a brick was missing from that niche. I am like unto that one missing brick and I am the last in the line of the Prophets.”
– Bukhari
Close to one hundred verses of the holy Quran and various ahadeeth, directly or indirectly, support the doctrine of the Finality of Prophethood of the Prophetﷺ.
And such is this hadeeth which clearly signifies that Prophet Muhammadﷺis the last of the divine prophets. After his Eminence, no other prophet is going to be sent by God.
The Prophet of Islamﷺ,from the beginning of his mission, introduced himself as the Seal of the Prophets. Hence, we conclude and firmly belief that the chain of the messengers and prophets has come to an end and anyone who now claims to be a Prophet sent by God is a liar, an impostor and a disbeliever.
Written  by: Saima Kazi
Edited by: Noorain A.
Team IR
©