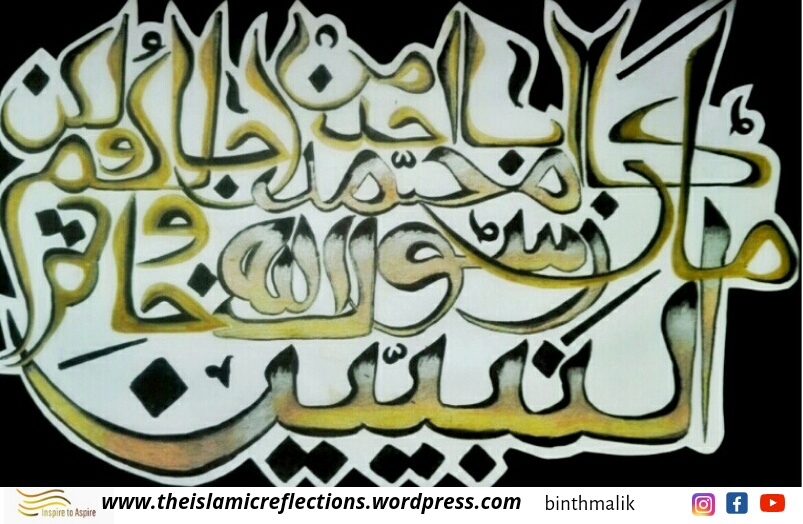 Zaid Ibn  Haritha (RA) was the slave of Prophet Muhammad ﷺ. He had lived with him ever since he was young.
Once, a few Yemenis came to Makkah to perform Hajj. A man among them saw Zaid (RA), identified him and informed his father Haritha.
Haritha travelled to Makkah with a huge amount of money to free Zaid (RA) from slavery.
So Prophet ﷺ allowed Zaid (RA) to decide.
When it came to Zaid (RA) to make the crucial decision, he instantly picked out Prophet ﷺ over his father. The Prophet ﷺ took his hand and made a statement that he has freed Zaid (RA) and has adopted him as his son. After that, Zaid was called as “ZAID-IBN MUHAMMAD”.
Such was the exemplary character of our Prophet Muhammad ﷺ. No man on the face of this earth would do that save our beloved Prophet ﷺ.
This went on for a while, until Allah revealed the following verse:

Muhammad is not the father of any one of you men; he is God’s Messenger and the seal of the prophets: God knows everything.
(Surah Ahzab, verse 40)
Allah states that our Prophet ﷺ is not a father of any man. And thus, after this was revealed, Zaid (RA) was not permitted to be called “Zaid Ibn Muhammad”.
Furthermore, the Quraish always made it a point to ridicule the Prophet ﷺ because he did not have any male descendant. This is also the reason behind them burying baby girls alive. Male children were of utmost importance to them.
Allah has shown mankind that a male descendant does not guarantee honor to the parents or the lasting remembrance of them in history.
Muhammad ﷺ, who did not leave any descendant, will be remembered, at all times until the last day with utmost love and respect.
Whether he ﷺ had a male child or a female child did not define his honour. His progeny did not define him. The fact that there was no one to carry his name did not define him. What mattered was who he was and that is what he ﷺ is known by even today.
Written  by: Bint Malik
Edited by: Noorain A.
Team IR
©

0 thoughts on “Rasoolullah ﷺ – A man not recognized by his descendants but by his character.”