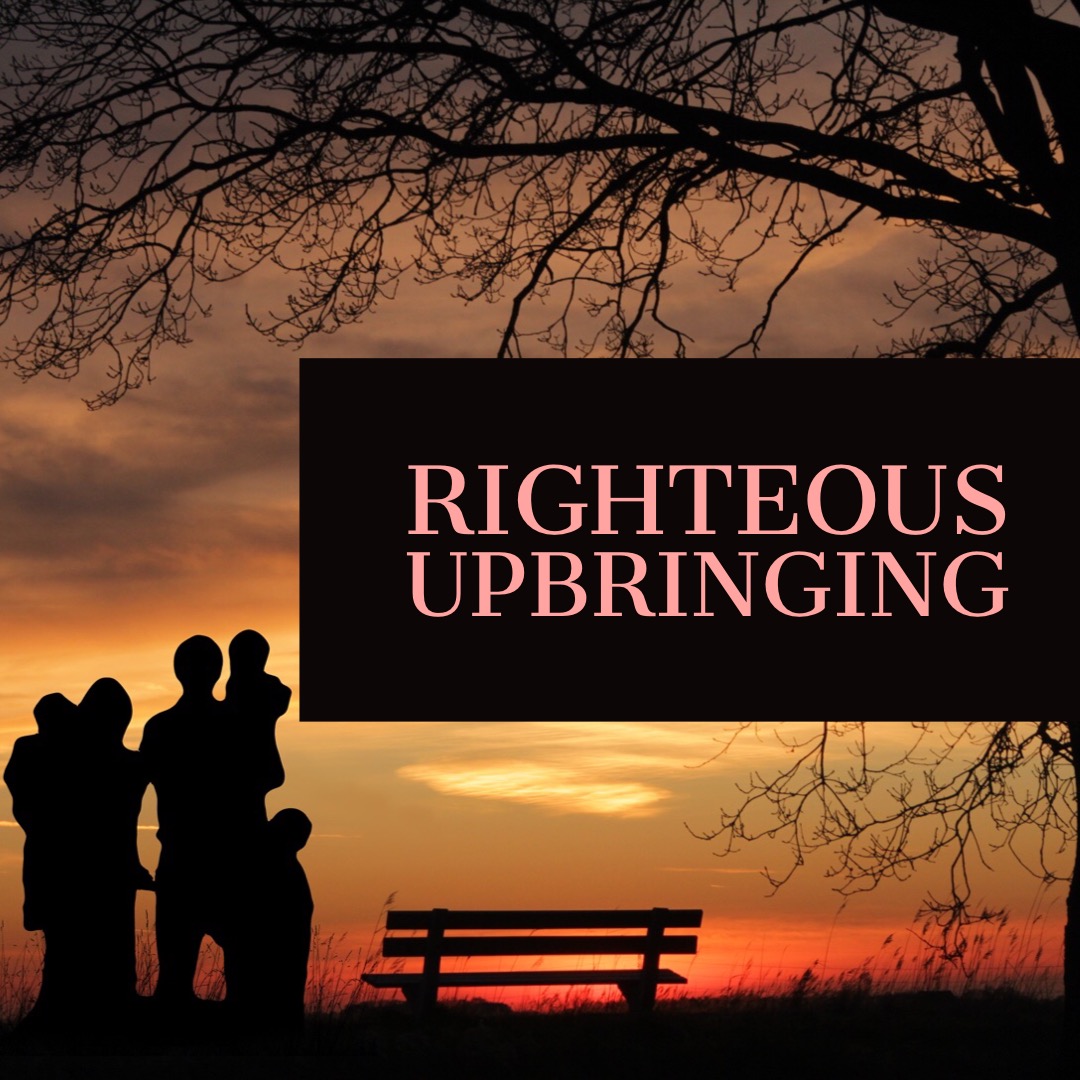 It is the duty of the parents to bring up their offspring with the best possible manners. An upright upbringing doesn’t only mean to provide them the best form of education, but as Muslims, it’s the parents’ responsibility to imbibe in their children correct religious values, so that they grow up to become obedient servants of Allah ﷻ.

“O you who believe! Save yourselves and your families from a fire whose fuel is men and stones; over it are angels stern and strong, they do not disobey Allah in what He commands them, and do as they are commanded.” (Quran 66:6)

In the above verses of surah At-Tahrim, Allah ﷻ has clearly instructed the believers to protect themselves and their families from hellfire. This can only be done by complete obedience and submission to the will of Allah ﷻ. Teaching our progeny about Islam is the best form of Dawah. Hence, every brick of belief in their foundation should be strong so that they stand firm on the fundamentals of Deen and grow up to be obedient slaves of Allah ﷻ; passing on the teachings of the Prophet ﷺ to their future generations.

Mentioned below are a few points that can prove to be beneficial for you as a parent, in how you can provide your child with better upbringing by inculcating righteous values in them:

Parents should make sincere dua to Allah ﷻ that He blesses them with righteous offspring who will be obedient servants of Allah ﷻ, walk the straight path with fear and love  for Himﷻ; and grow up to be individuals who follow the true path of the Quran and Sunnah.

Children learn from what they see,and adapt to the environment they live in. If they are brought up in a house where religion is given importance, it is more likely that they will be inclined towards righteousness. It is imperative for the parents to set a good example for their kids. In order to teach their children, parents need to learn the religion first, and strive to practice it as perfectly as they can.

They should be regular in their Salah, recite the Quran in the presence of their children, reflect upon the meaning of the surahs, discuss with them the life of our Prophets and the Sahaba, and teach them the importance of choosing halaal over haram, principles of zakaah, fasting, etc. at an early age. Parents should be careful in everything they say and do, and make sure they do everything according to the Quran and Sunnah.

Mothers should be mindful of their hijab around non-mahram men so that their children learn the value and importance of true hijab. If mothers are negligent with their hijab and don’t maintain a respectful distance from the non-mahram, their daughters will never practice the hijab properly, their sons will not respect hijab-clad women and they will not understand that Allah ﷻ has made it obligatory upon women to wear the hijab in order to protect themselves from the evils of this world.

It is important that they dress their little girls modestly and teach them the importance of modesty in their dressing,as well as their behavior, from the very beginning. Modesty isn’t just limited to women, it is equally important for men. Parents need to teach their sons to lower their gaze and maintain a respectful distance from the non-mahram women. When kids grow up seeing their parents freely mixing with the opposite gender, they consider it a norm, and carry forward that trend. Islam prohibits mixing of the two genders, and parents must have segregated gatherings at their home so that their children learn from a young age that free-mixing is not allowed.

We live in a world where fitnah is rampant. Children get caught in the clutches of evil from the start. To keep them occupied and away from causing mischief in the house, parents resort to means that cause more harm than good. Nowadays, kids have free and unsupervised access to television and the internet. This is extremely harmful. The unsupervised evil content of television and the internet can pollute children’s mind and take them away from their religious beliefs,and they will grow up inclined towards these haraam things instead of loving and fearing Allah ﷻ.

Parents should strictly monitor what their kids watch and do in their free time. There are Islamic cartoons available for little kids, with moral and religious lessons; parents should make them watch those instead of the ones that have elements of shirk and fitnah.

Everyone has grown up reading or listening to fairy tales. They sound cute and harmless on the surface, but they’re not. They all have some element or the other that goes against the basic principles of Islam. There are some stories that are purely romantic and unsuitable for kids. For instance, a prince kisses a princess to bring her back to life from an enchanted sleep, or a fairytale where a princess falls in love with a thief and spends all her time with him flying all over on his magic carpet.

All these stories have numerous elements that are absolutely against the commands of Allah ﷻ. As Muslims, parents need to protect their kids from these imaginary stories; they should teach their kids good manners and religion by telling them about our Prophets and about the companions of our beloved Prophet ﷺ. Alhumdulillah, nowadays, we have a number of good Islamic story books that have stories based upon the teachings of Islam. So, instead of treating their child with books with fictitious and deceptive tales filled with false hopes, parents should give them these Islamic story books.

Forcing children to practice religion is indeed a bad idea; they can become stubborn and distance themselves from their parents. They may offer their Salaah, fast during Ramadaan, read the Quran under duress but it will not be out of sincere love for Allah ﷻ. Force may seem like a good idea while they’re young but once they enter adolescence, they may not be as submissive to their parents’ commands and can become very difficult to handle. The wise thing here is to encourage them with love, support and kind words,and teach them the importance of religion in a believer’s life. Parents must encourage children to do good, tell them that Allah ﷻ rewards the believers according to their good deeds, and tell them about Jannah, so that they may strive to be better Muslims. Mentioning Jahannam frequently in conversations with them will create a sense of fear and bitterness in their heart for Islam. Maintaining a proper balance between love and fear of Allah ﷻ by telling them about Jannah and Jahannam equally is of colossal importance. If children ask questions related to Deen, it is essential that parents deal with them patiently and clear their doubts with the best of their knowledge.

Bringing up a pious child in this world full of fitnah is a massive responsibility on parents’ shoulders, and the above mentioned points are only a few aspects of this important task. May Allah ﷻ help and guide all parents to bring up their kids with the best Islamic values and fill their hearts with love for Allah ﷻ.