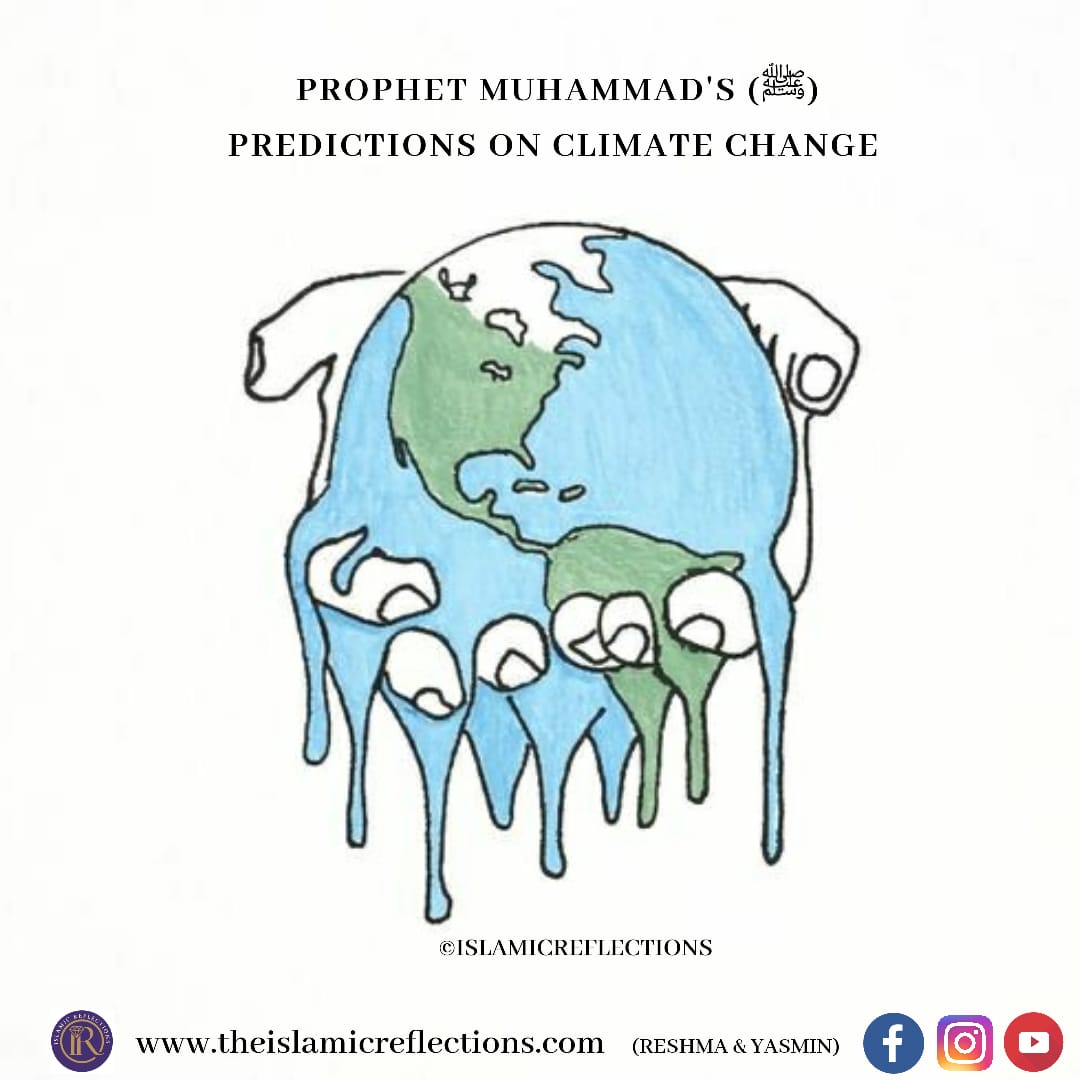 While most of us do not pay much heed to vague terms like “climate change” in an era where nobody has sufficient time, the likelihood of our planet being on the verge of completely collapsing to ashes should at least grasp our attention, if not our intellect.

However, it should be enough to state that, being Muslims, it is our responsibility to take care of this Earth, as it is a gift or amaanah (trust) granted to us by Allāh ﷻ.

Allah says, “And [mention, O Muhammad], when your Lord said to the angels, ‘Indeed, I will make upon the earth a successive authority.’ They said, ‘Will You place upon it one who causes corruption therein and sheds blood while we declare Your praise and sanctify You?’ Allah said, ‘Indeed, I know that which you do not know.’”

The drastic changes in climate and environmental conditions showcase an important point that was divinely revealed to Prophet Muhammad ﷺ:

“The Last Hour will not come… until the land of the Arabia reverts to meadows and rivers.”

Dr. Zaghloul al Najjaar, an Egyptian geologist, Muslim scholar, and author said, “This hadeeth is a scientific miracle that describes a natural fact that was not understood by scientists until the late twentieth century, when it was proven by definitive evidence that the Arabian Peninsula was meadows and rivers in ancient times. Climate studies have also indicated that the arid desert is now on its way to becoming meadows and rivers again, because the Earth, throughout its long history, passes through climatic changes that take place gradually over long periods of time, or they may be sudden and swift.”

Therefore, it can be established that this prediction is indeed true in the light of the evidential circumstances we are witnessing today.

May Allāh ﷻ grant us the wisdom to take care of our blessings and protect them, and to be good caretakers of this beautiful planet, Allāhumma Aāmeen.

Written by: adropofhumanity
Edited by: The Editorial Team
© The Islamic Reflections Blog