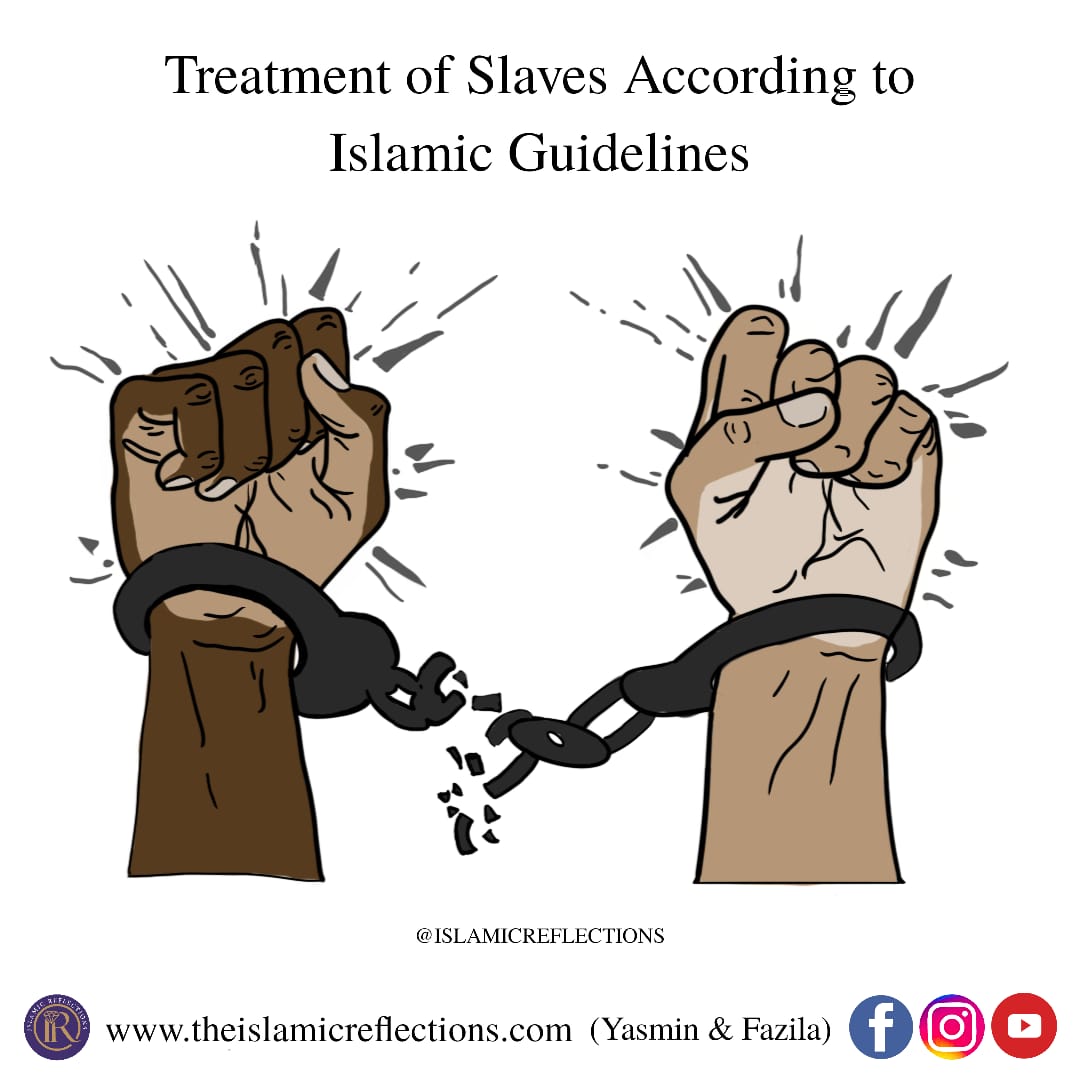 The widely acknowledged and immoral form of slavery that was prevalent in the earlier societies is appalling. Islam, on the contrary, took a strong stance against such practices and changed the manner of enslavement and slave treatment.

Slaves in Islam are treated with kindness and compassion. The Messenger of Allah ﷺ said,

They are guaranteed food and clothing similar to that of their masters. Not only are they promised wellness and equality, but the protection of their dignity is ensured as well.

Additionally, Islam insists that slaves be treated with fairness and caution. Failure to do so will result in punishment in the Hereafter. Most importantly, contrary to popular belief, Islam has granted slaves permission to free themselves if they have the means.

“…And those who seek a contract [for eventual emancipation] from among whom your right hands possess – then make a contract with them if you know there is within them goodness, and give them from the wealth of Allah which He has given you…”

This, in brief, is how Islam framed regulations for the fair treatment of slaves. This resulted in a master regarding his slave as nothing less than a close companion or a friend in most cases.

Islam is a truly beautiful religion and one must adhere to its teachings with utmost sincerity and unwavering understanding. May Allāh ﷻ make us all from among those who are upon the siraat al mustaqeem.

Written by: Yasmeen and Fazila
Edited by: The Editorial Team
© The Islamic Reflections Blog