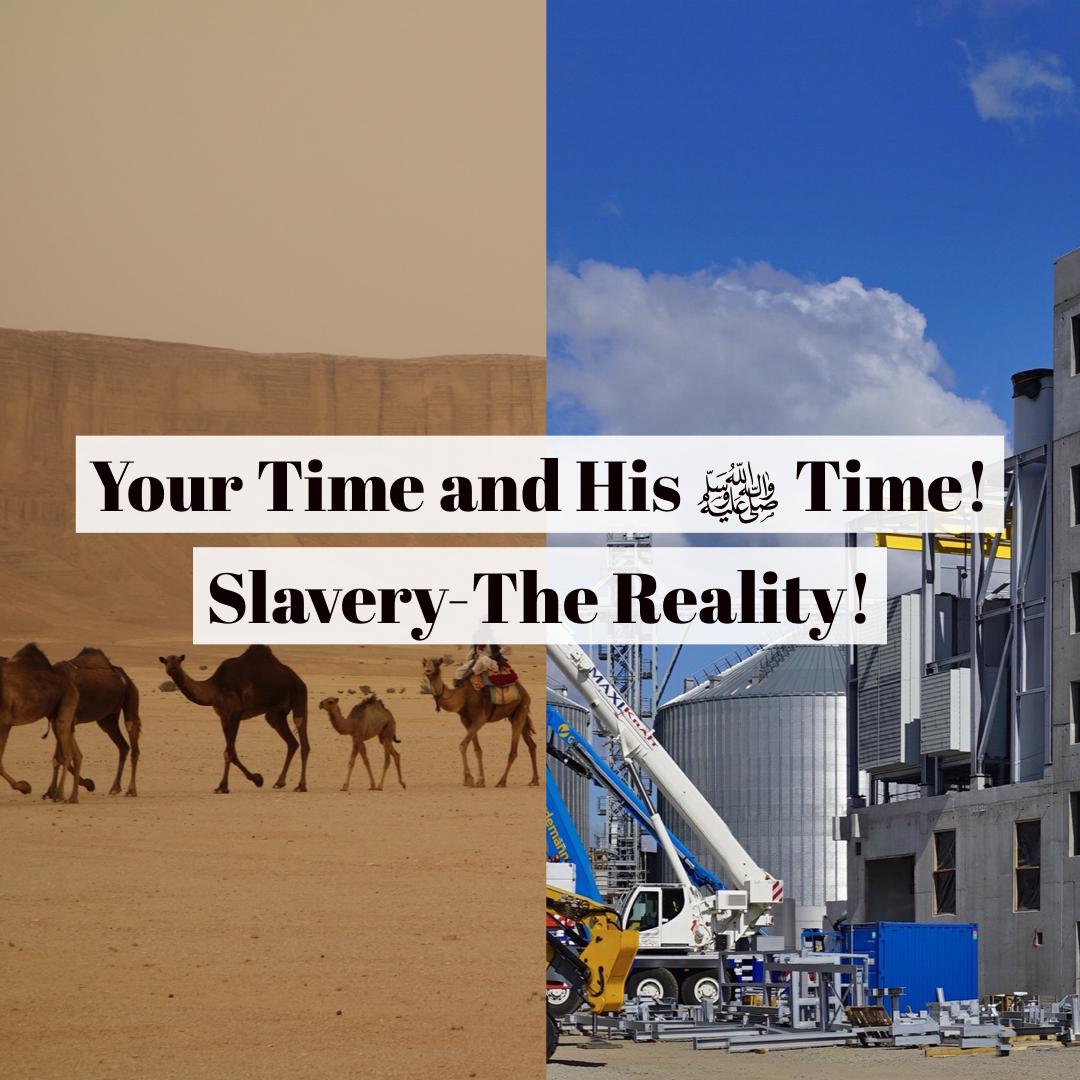 Slavery, a word that sounds so derogatory in itself,
Forget about the indignity of those who are into this compelled!
All of their human rights get trampled over,
As they get abducted by human traffickers who work under-cover.
The lives of young girls are turned into a living hell,
As they are made to become slaves in brothels!

The innocence of children get reasonably sold,
As they forcefully labour for people whose hearts are too cold!
The fields of plantations and industries,
Constructions and various factories –
All are guilty of modern-day slavery,
Even in the most developed country!

But has the status of slaves always been so degrading?
Perhaps, a look into history would surely be enlightening!
At a time when slaves were treated as a mere commodity,
Islam advocated their freeing as a righteous quality.
With the recognition of their abilities and human rights,
This deen gave them the opportunities to soar to great heights!
Islam dismantled the stigma attached to slavery,
So much that, with their skills and bravery,
Slaves could rise to the position of governors in the Muslim dynasty.

The example of the Mamluks where history witnessed the glory,
Of the people who were once into slavery!

When this deen of Allah entered into their hearts,
The pride of superiority over one another started falling apart!
Such was the treatment of our Prophet with his own slave
That the option to be a free man and go from the Prophet away
Was too much for Zaid ibn Harithah that he showed dismay.
The first call to prayer echoed in the valleys of Makkah,
As Bilal ibn Rab’ah gave the azaan while standing on Kaaba.

Slavery, which is so stigmatized today,
Was definitely not alike in the early Islamic days.
At that time, slaves would work with due reputation,
But now, all that they face is brutality and exploitation.
Employers put them into forced labour,
Making them work in factories in a gruesome manner.
Many have their passports seized and are threatened with deportation.
Others work to pay off their debts or suffer great persecution.

Pondering on our history gives a sense of clarity:
The problem doesn’t lie in the existence of slavery,
The evilness is in its imposition on people,
Particularly on those who are most vulnerable.
To protect mankind from doing such misdeeds,
To embrace Islam is what this world really needs.
As centuries before the formation of ‘Labour Organizations’,
The protection of every innocent life was made its core foundation!
O people! Submit to the One who has put khair in every worldly situation,
By following His deen that was first embraced by the best of generations!