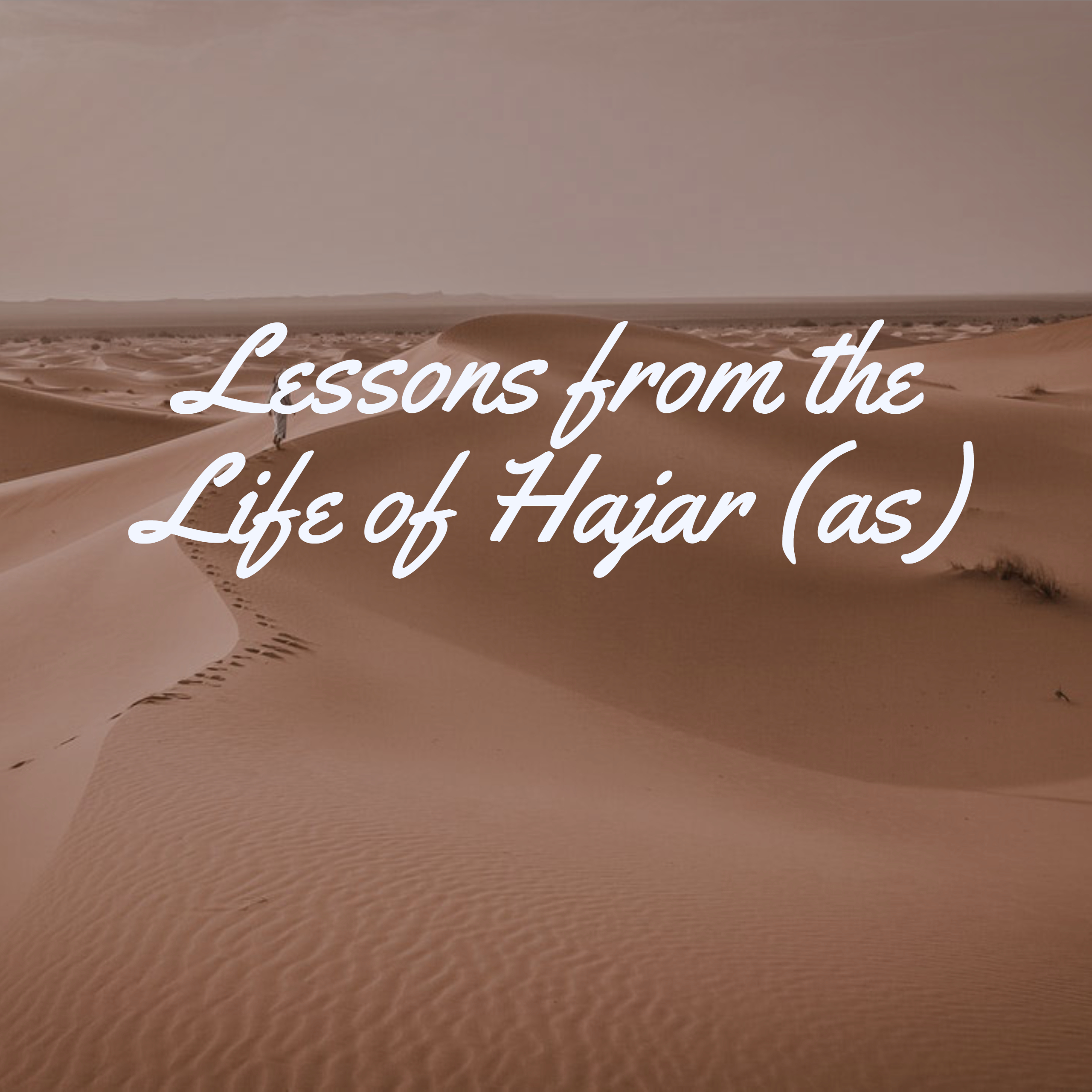 Many Muslim women consider famous actresses or philanthropists of the modern day to be their role models. How many of us turn back to our own Islamic history? How many of us consider the mothers of the believers like Khadija (ra) or Aisha (ra) to be their role models? We as women in Islam should look up to them. We should ponder over the lives of these great women.
One such role model for all Muslim Women is Hajer (as).All of us know the story of Prophet Ibrahim. We are aware that he had two wives, one of them was Hajer (as) (also called Hajara (as)). She was also the mother of Ismail (as).
Hajer (as) was an Egyptian slave. She is one of the very few women in Islamic History who had been granted the privilege of being a wife of a prophet and the mother of a prophet. She is an example we can use to refute all those who claim that Islam promotes slavery. Prophet Ibrahim married her and she bore him a son who was also a prophet.
Furthermore, she also has the privilege of initiating one of the most important rituals in Hajj and Umrah – the Sa’ee. Imagine a ritual in Hajj and Umrah done to commemorate the sacrifice done by a woman. Subhanallah. This is how Islam has honoured its women.
Moreover the well of ZamZam is now in its place because of Haajer (as). Ibn ‘Abbaas said: The Prophet (peace and blessings of Allaah be upon him) added, “May Allah bestow Mercy on Ismaa’eel’s mother! Had she left the Zamzam alone (flowing without trying to control it) (or had she not scooped from that water) (to fill her water-skin), Zamzam would have been a stream flowing on the surface of the earth.” Sahih Bukhari 3113
What lessons can we learn from her life?
Under the scorching hot sun in an abandoned desert, Prophet Ibrahim (as) left Hajar (as) and her infant son Ismail (as). Imagine what we would do in that situation. Won’t we question as to why this is being done to us? But, as for Hajer (as), she remained patient; She was indeed a dutiful and obedient wife.She asked, “O Ibrahim (as) , will you go and leave us in this valley in which there are no people and nothing?” She said that to him several times, and he did not answer her. Then she said to him, “Is it Allaah Who has commanded you to do this?” He said, “Yes.” Her response to this was, “Then He will not forsake us.” (Sahih al-Bukhari, 3184) Such was her firm Tawakkul in Allah.
She relied solely on Allah. She is a perfect example for “Tie your camel and put your trust in Allah.” She didn’t just sit there and await Allah’s help. She ran between Safa and Marwa looking for help. Imagine how courageous and brave she was! She ran 7 times for a distance of 3.15 km. Subhanallah!
There are women who have lost their husbands and have lost all hope in life. They should look at the sacrifice that Hajer (as) made.  Not only for single mothers, Hajer (as) is definitely a role model to all of us. We should certainly incorporate all her qualities and strive to be best Muslimahs. May Allah guide all of us.Ameen
References
http://www.hibamagazine.com/lessons-from-the-life-of-hajar-as/
https://www.islamicity.org/8946/the-story-of-ibrahim/
https://islamqa.info/