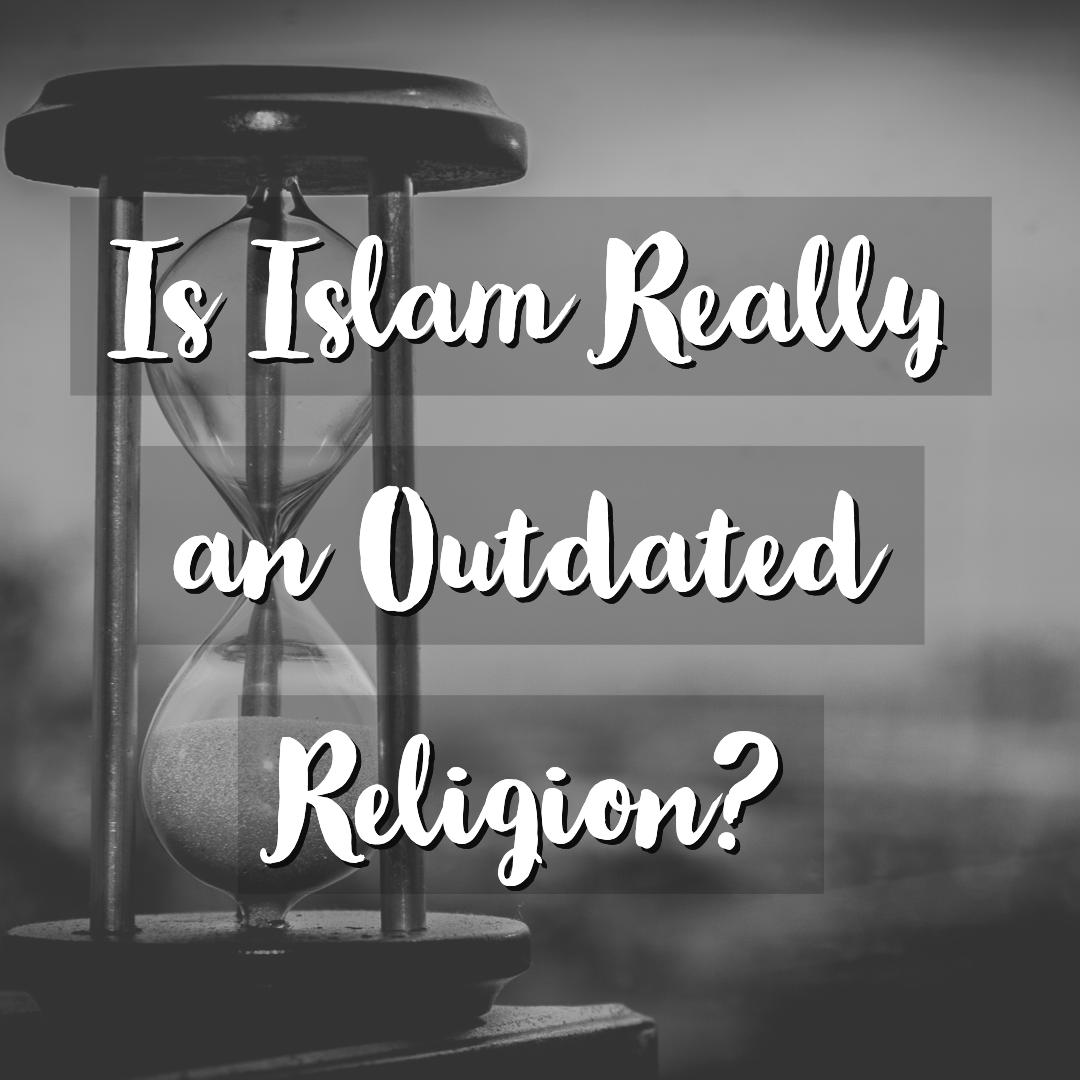 According to this definition by an American scholar, modernisation aims to achieve a better life, which is one of the goals of Islam, too. When it comes to a ‘better’ life, from improved provisions for people to advanced laws to control them, Islam is a package deal that integrates all domains of life to provide complete guidance to mankind.

Man-made laws are ‘modernised’ according to man’s changing social attitude. We have seen how these attitudes have ‘modernised’ and ‘liberalised’ to accept actions that were once detested, whether it is homosexuality, adultery or women in exposing outfits. It is in the same context that accusations are hurled at Islam for being an outdated religion.

As humans, we are inclined to defend our preferences, so it is understandable when people think they have evolved, when in reality, they are not able to comprehend the bad that comes with them accepting anything and everything under the term ‘liberalisation’.

We are creatures who are in constant need of guidance, guidance to differentiate right from wrong. It is not difficult for us to get swayed by our emotions or to give in to temptations. Moreover, we are always learning, so we do not have the profound intellect to understand all our needs and realise all our limitations. We need stringent laws that restrict us and help us understand the ‘greater’ good – laws that aren’t altered with changing attitudes of people.

“Allah is the ally of those who believe. He brings them out from darkness into the light…”

Islam provides mankind with such laws and keeps its followers away from confusion. It does not recognise liberty according to man’s definition because that would not be compatible with the ethical control of the same man’s actions. Instead, it gives them a way to lead their life that is compatible with human needs, true to human nature that has been constant since the beginning of time. It provides realistic codes of conduct for humans living in the real world, not for the idealistic world people wish they lived in.

For instance, let’s discuss the hijab – one of the reasons why Islam is called outdated. In the real world we live in, as much as we would like men to respect women, many don’t. There are hundreds of cases of molestation every day. This problem could be eradicated if men lowered their gaze and controlled themselves as prescribed by Islam. But, does this happen? No.

On the other end of this situation are the victims. If women are careful in their dressing, they could help prevent the problem. Yes, there are many hijab-clad women who have been victims of such crimes, but one must realise that it’s a cycle – man sees a woman (reel or real) dressed in clothes that expose her, and his thoughts waver, but the woman he targets could be the same or any other woman or girl that comes his way.

Considering this, Islam is not oppressing women. In fact, it realistically asks both men and women to take precaution and let go of a few selfish desires for the greater good. This is only one of the known reasons why Islam places such high importance on hijab; we do not know all the hidden benefits that come with it. Allah’s ﷻ wisdom is beyond man’s understanding, and we must trust Him for our best interests in this world and the hereafter.

In addition to the other allegations, Islam is also judged based on the actions of its followers, thus contributing to comments that call the religion oppressive and uncultured. An example of this would be wrongly accusing Islam of restricting women’s education.

“Seeking knowledge is an obligation upon every Muslim.”

Mentioned above is a statement of Prophet Muhammad ﷺ. It does not specify that the action is compulsory only on men; it says ‘every’ Muslim, including the women, thus emphasising the importance of education for both men and women.

Furthermore, Aishah (May Peace Be Upon Her), the Prophet’s ﷺ wife, was known for her intelligence. She was a scholar, and a teacher to a number of men and women who went on to become great scholars themselves. So, no, Islam never stopped women from pursuing education. On the contrary, it made this act an obligation and motivated them towards the path.

Sadly, the actions of Muslims around the world have given rise to this general perception about the religion. Humans are fallible; Islam is not. Islam cannot be evaluated by the conduct of its followers. Humans were created with the ability to make decisions for themselves with the guidelines provided by Islam. However, many lack the complete knowledge of those guidelines, and many choose to ignore the instructions.

If one really reads the Quran and other Islamic books, and tries to understand Islam along with the authentic Prophetic teachings, without any prejudice, they will realise how Islam has always been ‘modern’ and progressive, having achieved a superior form of lifestyle centuries ago, from empowering women to improving the economy. It is a religion that has touched upon every single detail of human life. There is nothing that Islam does not have the best solution to, even for problems of today’s time.

Moreover, it is Allah ﷻ, The Creator, Who has designed this perfect religion for us, and nobody knows a creation better than its Creator!

“And We have already created man and know what his soul whispers to him, and We are closer to him than [his] jugular vein.

Written by: ZSA
Edited by: The Editorial Team
© The Islamic Reflections Blog

1 thought on “Is Islam Really an Outdated Religion?”