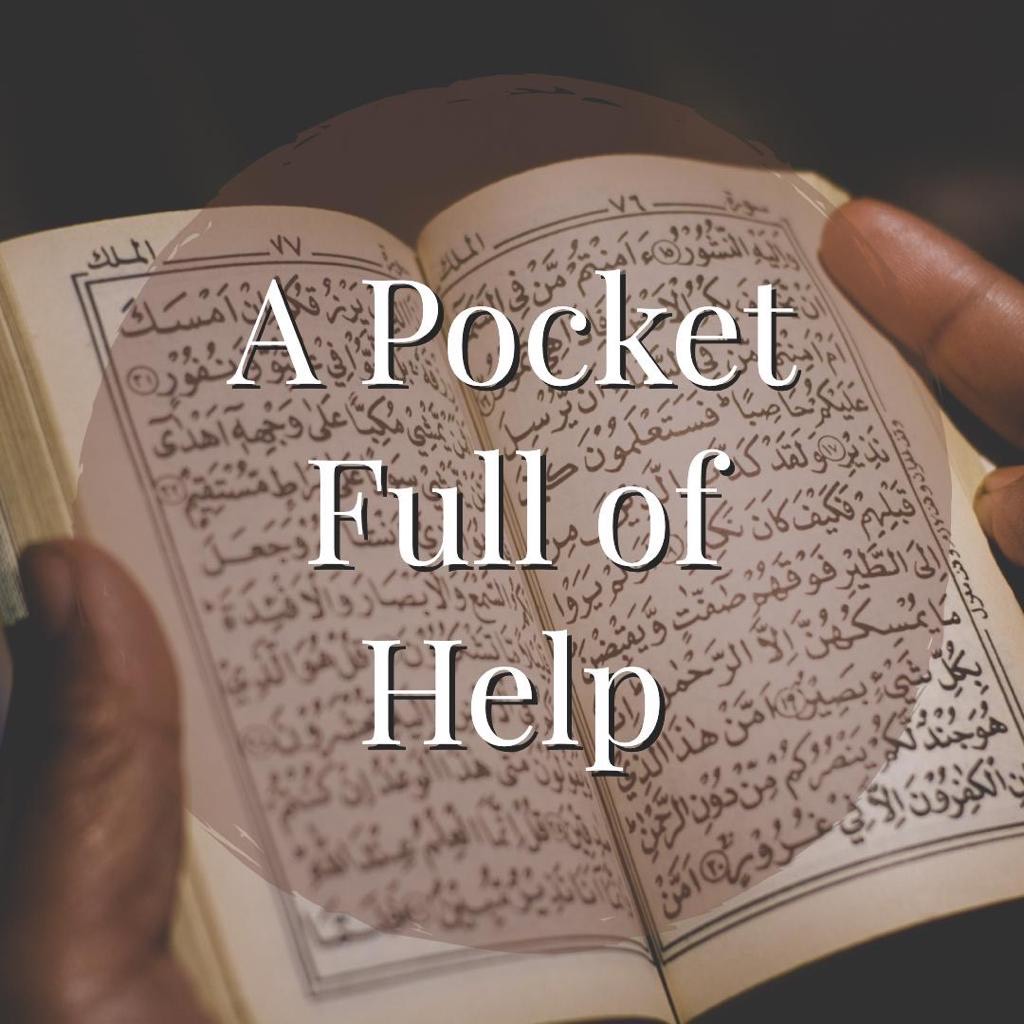 Many people around the world have claimed to have experienced peace and tranquillity. Many have even gone as far as to declare that they have ascended to a level of spiritual calmness and satisfaction in this world. I thought all of it to just be a façade, another forgery where people masked as religious leaders called others towards nothing but false hopes and promises. It was not until I met someone that my thoughts took a topsy-turvy curve.

I woke up to yet another dull morning in my unexciting and monotonous life. The gloominess hovered in the atmosphere like dark clouds. Life had gotten me nowhere. I breathed, ate, watched people around me, and lived the life of a zombie. Apart from the two pairs of jeans I owned, a few shirts, a laptop, and a mobile, there was little that life had offered me. With no family to take care of, no friends to talk to, no religion to follow, and no purpose to live for, my life was pretty much dry and colorless.

The only thing that made my life somewhat easier was my grand car. It was a sleek, deep blue car, with a gallant steel bumper, and it gave me a boost of confidence to go places and explore life. There were times I would just escape with it or spend my nights in its comfortable seats, but never had I imagined that this very car would change my life.

Like every other day, I dressed for work and hurried to my car, only to find that something was not right. The engine let out an unpleasant and rather horrifying sound when I turned the key. I tried again, but the grinding noise was the last thing I heard before it shut down completely.

I stepped out of the car, already late for work, kicking the tire in frustration and hurting myself in the process. Letting out a groan, I grabbed my laptop bag and ran to the nearest bus station, determined to retain my job. I resolved to get my car fixed later in the afternoon.

As I stood waiting for the bus, someone ran past me, shoving me as he went and snatching my laptop bag. Panic-stricken, I yelled and ran after him, but he was too fast, and the pain in my foot did not help. Luckily, a man appeared and tried to stop the thief from the front. The thief got away but had dropped my bag.

The only thing that stood out to me when my otherwise ordinary-looking rescuer returned my bag to me was his beard, and that was distinctively ‘Muslim’ as far as I knew. But the man in front of me did not exactly look the violent type I had seen on media. Unwilling to take any chances, I muttered a discreet thanks and swiftly took my bag and left for my office, where more bad news awaited me. I was late and had to spend the rest of the day in my boss’s office, listening to his long-winded warnings and veiled insults.

Exhausted, that evening, as I took my car to a nearby garage, I consoled myself with the promise of a refreshing ride in it soon afterwards. The car was only a year old, and I’d never had to take it down to the garage for anything. So, that was the first time I visited the garage. I inquired after the mechanic, who, to my surprise, turned out to be the same man who had come to my aid this morning. He went by the name Yasir.

Yasir greeted me with a smile and got to work. At first, I felt uncomfortable, thinking that he would expect I owed him something for his help that morning, but I needn’t have worried. On the contrary, I was impressed. He worked efficiently and figured out the problem within minutes. He stated that it was a serious issue but knew how to get it fixed in a day. I nodded, although I was slightly disappointed that I had to wait another day for my relaxing ride.

As I filled the form Yasir handed me, from a distant building, a sound resonated in a different language. I noticed Yasir was deep in thought, listening to the sound intently. After billing, he went inside and came out with a mat in his hand. My curiosity piqued, and I asked him about it. He said that he had to go for prayer and that strange sound was the call to prayer. Again, I was impressed by his commitment and dedication. I had never seen someone so steadfast in their religious matters.

I stood there, watching, as he walked towards the building that made the call to prayer, the mosque. Just then, something fell out of his pocket. I called after him, but he had entered the place already. Hoping to reach him, I picked up what looked like a small book and ran into the mosque. Men, most of them bearded, were assembled in rows. It was the first time I was seeing so many Muslims together. It was the first time I had ever seen the Muslims’ prayer. I was moved by their large number, all of who made the same movement together.

Realizing that it was taking longer than I had anticipated finding Yasir in the midst of people, I decided to return the pocketbook the next morning when I returned to get my car.

The next day began with an alert for a predicted rainy day, as though hinting for what was to come. Looking forward to getting my car back, I got dressed and reached the garage, only to find a signboard informing me that the owner was not present. There had been a family emergency and the garage would open the next day.

Disappointed, I walked to catch a bus to my office, when the rain began to pour. However, despite having used an umbrella, by the time I reached the office, my neatly ironed clothes were not in their best state. I was wet and my suit was crumpled. Naturally, I was yet again scolded by my superior, and that was the last straw.

All my pent up frustration came out bubbling. I shouted on his face and left the office in a rage. Once outside, the realization of what I had just done dawned upon me. I was certainly fired. It was all over. I had reached rock bottom. The last thread holding me together had snapped. What could I possibly live for now? I stood there, letting the rain streak down my face and body, disguising the warm tears trickling down my cheeks as I whimpered in defeat, “Why me?”

It was Yasir’s pocketbook. I moved under an awning to prevent the book from getting destroyed in the rain and opened the book to where the bookmark was placed. It was written in a language I didn’t recognize, but I could read the English bit. It ran as follows.

“Call upon me and I will respond. Indeed, those who are too proud to worship me will enter hell, disgraced.” [Qur’an 40:60]

At that moment, I could not think of anything except that I needed the help of the Most Powerful Being. I had nothing left to lose anymore. And, definitely, I was not among those who were proud and didn’t cry for help to God. I just never had given a thought to religions, never having had someone to guide me in life or discuss these things with. So lost and defeated, “HELP ME…” I muttered, desperately, from the bottom of my heart.

I didn’t realize someone had walked over until a hand was placed on my shoulder. I looked up to see a man holding an umbrella over my head. It was Yasir. He took me to a café nearby. Upon inquiring about his absence at the garage, he informed me that he did not work in the garage. It belonged to his friend, who had requested him to handle it for a day.

As we conversed over a cup of coffee, I learnt that Yasir was the newly appointed Head of the Department of the company I worked for. He assured me that he would take care of things at work and help me retain my job. He also dropped me at my house.

Later that night, my thoughts wandered to an area they never had before. I was amazed. I had asked an unknown Entity for help, and the help had come my way. This small pocketbook felt like a miraculous means to reach Him.

I spent the night in reflection. When was the last time I had actually called anyone for help? Could there be someone in the entire universe that was ready to help me? I grabbed the pocketbook and looked at it in wonder. It was called the Qur’an. I flipped the pages, landing on the same bookmarked page. I continued to read.

“It is Allah who made for you the night that you may rest therein and the day giving sight. Indeed, Allah is full of bounty to the people, but most of the people are not grateful. That is Allah, your Lord, Creator of all things; there is no deity except Him, so how are you deluded?” [Qur’an 40: 61-62]

Somehow, those words comforted my troubled heart. It felt like the words were speaking to me, like a conversation was taking place between me and the book. As I continued to read a few more pages, I thought about the purpose of life and why things happened the way they did. I wanted to know what this book had to offer me in answer.

The next day, after getting my car, I drove straight to the office to meet Yasir, the only person I thought could help me. I caught sight of him in the lobby, and he immediately assured me of my job.

Grateful, I thanked him profusely as we walked to the elevator. I proceeded to talk to him about what had been gnawing at my mind since the previous day.  He was quite surprised when I asked him why God created the world, but he smiled and simply took the book from my hand and opened a page for me to read.

Yasir continued, “Everyone and everything is created to worship Allah ﷻ. The Lord of the heavens and the earth.”

Fascinated, I took up my own research. Yasir’s kindness motivated me further. Over the next few months, I had had numerous conversations with Yasir on Allah and his religion. We would often meet during breaks and sometimes after office hours too. It made me happy that I had a friend now.

After a few months of intense research, I now sat in a mosque, waiting to take the shahadah. I had gained a new perspective to life. If I looked at my life from the materialistic point of view, it was still the same, but my heart was content with it now. My heart had finally found peace and contentment it had yearned for years. After my shahadah, I was going to offer my first salah in a congregation. All the brothers in the mosque congratulated and welcomed me. One of them, while shaking my hand, asked what had inspired me to take this route to Islam. I smiled and replied, “It all began with a car break…”

Written by: Shaima Hussain
Edited by: The Editorial Team
© The Islamic Reflections Blog

4 thoughts on “A Pocket Full of Help”